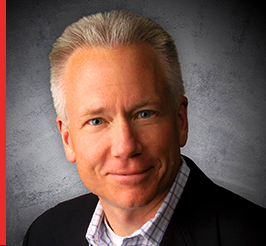 Hourly compensated warehouse workers are hurting profits and the bottom line, and most employers are trying to climb out of that hole by digging faster. Chances are, you’re doing the same.

There’s been an evolution over the last 10 to 15 years where the hourly worker in a warehouse has become highly commoditized. As ecommerce has shifted commerce logistics from the shopping mall to the distribution center, there is tremendous pressure to get access to labor in the supply chain. Distribution centers are clamoring to get more bodies onsite.

Many employers don’t think about their labor in a value orientation, but as a commodity. Pay your distribution personnel an hourly wage, and hire as many people as you can to get your shipments out the door on time. That model is deeply flawed, and here’s why.

What’s Wrong With The Commodity Model?

In the commodity model, warehouse workers are paid hourly. Their goal for work is to be there for eight hours, then go home. The temptation is to be less productive and get more hours, and the warehouse pays more for less work. To make up for that loss, employers hire additional commodity workers, who are also getting paid more for less work. The impact on the bottom line is the equivalent of driving in the wrong direction, but faster.

Commodity workers are guaranteed the same pay, no matter what kind of performance they deliver. Even when production goals are assigned to them, there’s an overriding factor — under-performance pays as well as over-performance. It’s the hours that matter, not production or quality. It’s no wonder that the industry sees a turnover rate of over 400 percent every year — which hikes up the costs of hiring and training new employees.

But what if you could cut your turnover rate by 65 percent, boost productivity, and eliminate dead time from your warehouse floor — without paying a dime more for it? That’s the difference distribution centers are seeing when they stop treating their warehouse personnel as commodities and start seeing them as valuable resources. Eclipse IA specializes solely in the labor component of the supply chain. We’ve dedicated ourselves to doing something about the commoditization of supply chain labor, and it’s paying off for our clients.

We believe most individuals are energized by work that’s focused on hitting meaningful outcomes for better production so we structure our workforce models around this theory. This in turn attracts workers who tend to be more productive, more focused, and more aligned to your output goals than merely showing up and punching a clock every day.

We call this type of distribution personnel an Industrial Athlete. The only thing we offer our clients is people, and we value them highly. Our Industrial Athletes are performers who are there to produce an output, much like an athlete on a team produces a score, or an outcome. Likewise, the Industrial Athlete is focused on their output — whether it’s units, pallets, or some other measurable. The job is about being a high performer, not about filling a shift.

Our Industrial Athletes are oriented towards higher performance because we use a team-pay model that compensates them based on units produced, rather than hourly pay. They get paid for performance, unlike the hourly temp associate.

For example, at one site, we need to produce 60,000 jiffy packages per day. Our employees know that quickly and efficiently cranking out those packages produces a higher pay for the team, and potentially fewer work hours. They associate their work with an output that the facility is actually looking to accomplish. On the other hand, an hourly worker is less likely to care how many packages go out — they just need to clock in their time, and they’ve achieved the goal that’s been given to them.

The Results Speak For Themselves

Distribution centers that use Eclipse IA’s Industrial Athletes see a dramatic improvement in their turnover rates. Instead of the typical 400+ percent, they’re down to about 120 percent per year.

Why does our model work so well? Our Industrial Athletes are getting paid differently, and we’re focused on culture and output. We use a cost per unit productivity pay/team-pay model rather than an hourly wage. We put workers in an environment where their efforts and results, alongside their teammates’, determine how they get compensated.

This creates a self-directed team that displays ownership over their work. New hires are coached up by more senior employees, because each person is paid based on the entire team’s performance – our newest employees have an entire team investing in their success, and they learn fast.

Their productivity determines the hours they work and when they go home. Because pay is based on output, their compensation is typically made in fewer hours worked. In the majority of cases, when the work is done, our people can go home or join another team to help them complete their work. The average Industrial Athlete is working fewer than 36 hours per week and getting paid $2 to $5 more per work hour than a typical warehouse worker.

How do you value your labor? Are you treating it as a commodity, or do you see the resource as a limited supply that deserves to be valued? As the demand for fulfillment continues to increase, the companies that treat distribution personnel as Industrial Athletes will be the most profitable ones.

Find Out How Eclipse IA Can Support Your Labor Needs.

To Learn more about Eclipse Advantage:

Can You Afford To Keep Temporary Wages Low?

By design, you should pay temporary workers less than your permanent staff. Your permanent employees have worked there longer and they’re more experienced — they deserve to earn more th...

Since the coronavirus pandemic began, one of the areas most affected has been the supply chain and logistics industry. The entire country depended on the frontline workers in the supply...

Benefits of a Productivity Team-Based Pay Model in Your Warehouse

As businesses reopen across the country, there’s a greater need than ever to increase throughput and keep operational costs down. For many companies, the life of their business depends ...